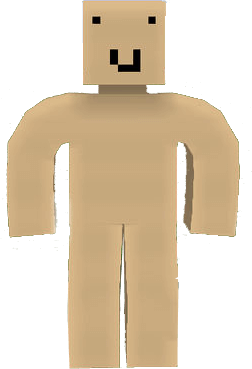 All Unturned hardware is perfected to achieve the best performance and latency, with each node powered by the latest Intel technology and high-speed ports.

Unturned is a free to play survival game that was developed by Smartly Dressed Games and released for Microsoft Windows, macOS and Linux on 7 July 2017. The game features multiple game modes including single player, arena mode, and horde mode. As a result, players can choose to play by themselves or with friends in the various game modes available. As a zombie survival game, players need to find weapons and supplies to survive. Players can also customise their preferred difficulty setting to ensure they enjoy the game regardless of their experience level. Player progression is also an important gameplay element in Unturned, where players will earn experience points as they progress which can be used on upgrades. In order to survive in the world of Unturned, players have to keep an eye on their food, health and radiation levels. The game consists of several maps such as Russia, Greece, Washington etc, where the story is contained.

Like other popular multiplayer games, Unturned has developed many communities over time with evolving player-bases. These communities are often formed by people who enjoy playing on a particular server and return to a specific one either to join friends who frequently play there, or because the connection quality or settings of the server are ideal. Unturned has many sub-communities based on the various game modes available to players. Some communities have formed over deathmatch servers, while others have formed over survival game modes. Other community servers have been formed in arena modes where players are spawned in a battle royale environment and the last player standing is crowned the winner. These various modes have helped form many sub-communities of dedicated players who participate on these servers daily.

Connection quality is an important aspect of online gaming as players can have completely different experiences depending on the connection that they play on. Ultimately, the connection quality depends on various factors such as the player's internet connection, the distance between the player and the server, the host server connection quality etc. Through Wombat Server’s superior hardware that utilizes the latest technology, players can enjoy low latency connections. We will give you the best gaming experience possible and ensure that you get the maximum enjoyment while playing. When you rent our servers, you acquire your own server and can form your own gaming community this way. This means you will be able to play with other community members or friends using a high-quality connection. After signing up you will also get instant access to a control panel which lets you start and stop your server, as well as install mods and upload files as you wish.

While Unturned is a free to play game, there are various cosmetic items that players are able to purchase and unlock through the in-game store. During the course of the game, players will get the chance to either unlock items or to purchase them from the Steam Market for $0.99. Examples of what you can buy or unlock include weapon skins, clothing items, camouflages etc. Just as you can buy, players are also able to sell their items on the Steam Market for Steam credit. This concept was designed to encourage players to continue playing in order to unlock rarer items and buy, sell and trade them in the various online communities. Unturned is a community-driven game with various servers and sub-communities which are continuously forming and evolving across the many different game modes and maps that the game has to offer.